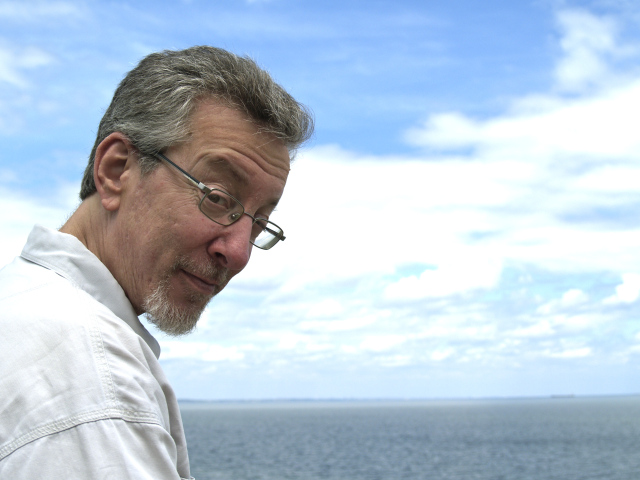 In connection with the exhibition Stars of David – The Sound of the 20th Century, which can be seen until October 2nd, 2016, at the Jewish Museum Vienna, Larry Appelbaum held a lecture on “Jews in Jazz“.

Following the lecture, it was a great pleasure for me to participate in the podium discussion with Werner Rosenberger and Alfred Stalzer.

Larry Appelbaum is a Senior Music Reference Specialist in the Music Division at the Library of Congress, Washington DC. As the former Supervisor of the Library’s Magnetic Recording Laboratory, he discovered the Thelonious Monk-John Coltrane Carnegie Hall tapes and transferred, edited and mastered many classical, jazz and folk recordings for commercial release. As a critic, he is a contributor to the books Jazz: The First Century (2000), The Encyclopedia of Radio (2003), and Jazz: The Smithsonian Anthology (2011). He writes regularly for JazzTimes and other magazines and websites around the world, curates a jazz film series, and is a long time radio host on WPFW-FM in Washington D.C.