Research on Composition in Jazz 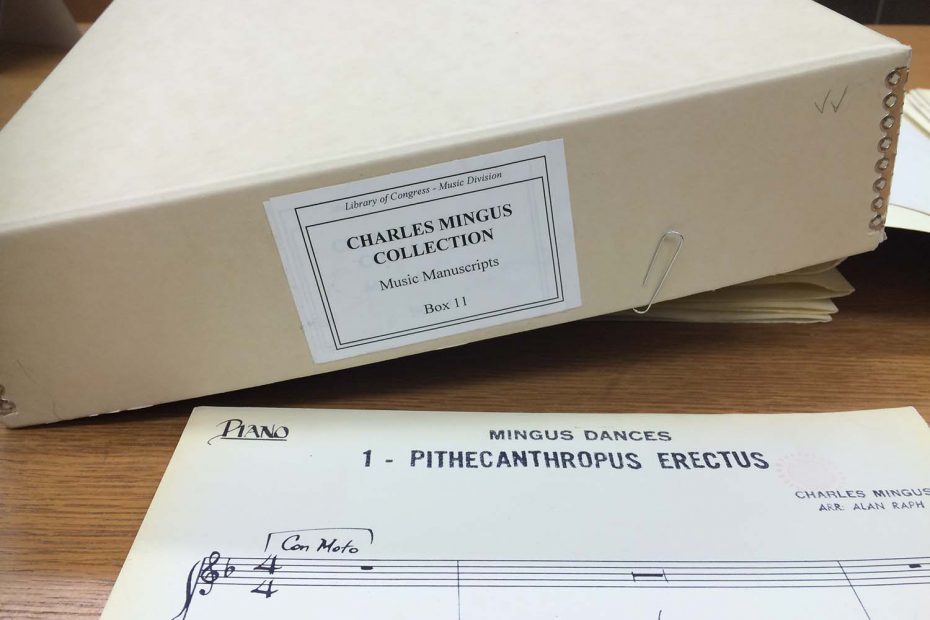 At the University of Music and Performing Arts, Vienna I’m currently working on a PhD thesis titled “Composition in Jazz“.

Composition in Jazz. Meanings and functions of different types of composition in the context of what is largely an improvised style of music.

This thesis focuses on the field of jazz composition and the significance of composition in the context of this widely improvised music. The work explores various aspects of the concept of jazz composition: methods and compositional procedures; musical structures and functions; and a reassessing of the relevant historical developments. By means of literature research and a chosen selection of musical analyses, a typology of composition in jazz music shall be drawn up. This will in turn provide a guide for the detection of different approaches to compositional processes in jazz. Furthermore, specific views of composed works in jazz shall also be presented, which will show a clear departure from the standard perception and understanding of composition concepts, such as that of the development of European classical music. In “Early Jazz – Its Roots and Musical Development”, Gunther Schuller firmly states this explicit deviation with the following thoughts:

“Jazz is primarily a player´s and improviser´s art; it has produced preciously few composers (in the strictest sense of that term). In Jazz, the defining line between composer and performer is a fine one, subject to considerable overlapping in the sense that all jazz players can be considered composers since they are in effect composing extempore. […] The point is that it [compositional activity] represents a different category of composition […].” (New York, 1968.)

The issue that arises from “a different category of composition” shall be differentiated by means of this thesis through today’s current perspective, and thus allowing it to be more thoroughly defined.

I´m very much looking forward to getting in contact with more scholars, composers, musicians, journalists, broadcasters, those who are generally interested in jazz, as well as people working on similar topics and who are also interested in sharing ideas and knowledge accordingly.

Some Scores of research investigations:

Jelly Roll Morton was one of the first composers of jazz. A multitude of uniquely created pieces of music exhibit his distinguished personal compositional style. By bringing the fields of composition, improvisation and interpretation into an interactive musical communication, Morton had an overall influence on some of the specific concepts of jazz compositions in general.

Still, there are almost no autograph scores to be found which can be conclusively regarded as hand written music by Jelly Roll Morton. This in itself is further typical evidence for the fact that composed music in jazz is not necessarily bound to written scores, but very often a result of oral tradition and creative interaction of musicians and composers. After doing one week of research at the Library of Congress in Washington DC, I was lucky enough to hold in my hands at least some single pieces of sheet music, which represented an authentic version of Jelly’s original handwriting.

Here is one example of a beautiful tune, written in 1918, called Froggy More Rag

Teddy Wilson’s “Modern Piano Playing”: One of the first examples of modern jazz education in 1939.

It was intended to be part of the curriculum at “Teddy Wilson School for Pianists”, located in Manhattan, New York. The school didn´t last long, but a prototype version of the book can still be found at the Library of Congress in Washington DC. I have to offer my sincere thanks to Larry Appelbaum, jazz specialist at the LC, who called my attention to the existence of this document.

Parallel to the main function of this book in building up skills for “hot improvisation” and “swing” playing on the piano, Teddy Wilson refers to fundamental contexts that one should consider when learning to play jazz. He shows how the fields of improvisation, composition and theory are not in any way separate, but rather merge together to form something new in terms of music creation, and holistically involve and require the musician’s own input. Wilson brings up a lot of exercises which demonstrate interactions of musical practice and theory and he shows how they function as important requirements for being able to “play”, and also in turn “teach” jazz music.

Still, after almost 80 years, Wilson’s approaches appear to be surprisingly valid and stand for modern approaches on how Jazz can be taught. Furthermore, they point to seemingly universal issues and challenges in jazz education. You might find inspiration for these topics by reading Wilson’s “Modern Piano Playing”!

Here you can find the autor´s note and the foreword of this book.